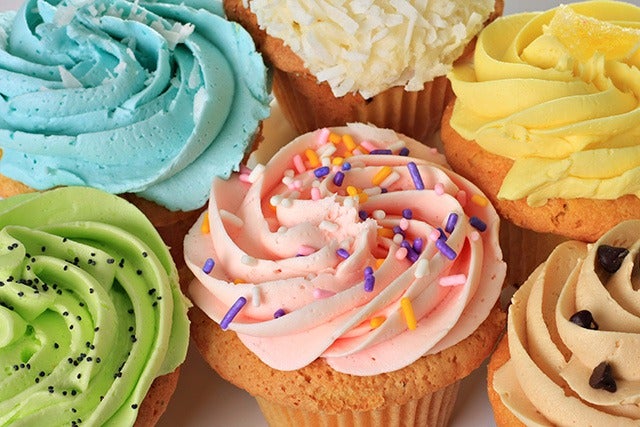 Apparently 770,000,000 cupcakes were eaten in the US in 2012. That same year, Sprinkles Bakery, the world’s first cupcake-only bakery from Beverly Hills, developed a hole in a wall ATM that dispenses cupcakes 24 hours a day. It holds up to 600 fresh cupcakes at a time! Cupcakes have swept the culinary world in the last few years, and it’s no wonder why! With cupcake flavors ranging from the classic (vanilla), to deliciously sweet (caramel apple), to oddly savory (jalapeño cheddar), there is a cupcake for everyone!

Here are 5 fun facts about cupcakes that will sweeten your day:

Early cupcakes were baked in teacups or ramekins (small clay pots) before the invention of the multi-cup pans we use today. Hence, a cup of cake!