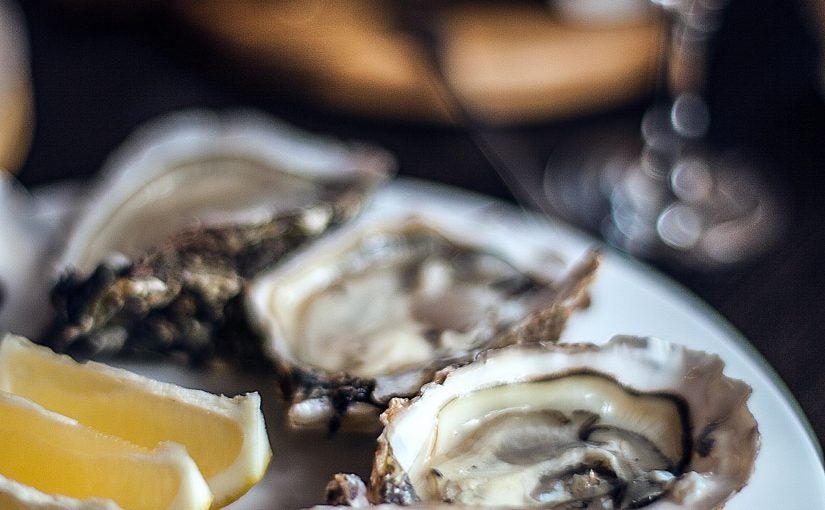 Millions of couples will go out for dinner this Valentine’s Day, but you can create a romantic evening at home. You just need to have the right menu, a few candles, some great music, and a home-cooked meal with a few of these key ingredients. Prepare them right and you are bound to have a great night in! So sit back, relax, and read about these 5 foods to serve on Valentine’s Day!

High in zinc and with a well-known reputation for being great for love and fertility, oysters are one of the most well-known aphrodisiacs. Casanova, the legendary Italian lover, reportedly had 50 oysters a day for breakfast! Researchers recently found that oysters contain amino acids that trigger the production of sex hormones, so there might be some truth to this old wives tale.

If you’re a fan of spicy food then chili peppers are the right Valentine’s Day food for you! Considered an aphrodisiac and a symbol of love, Chili peppers stimulate endorphins (the brain’s pleasure chemicals), speed up heart rate, stimulate your nerve endings and make you sweat.  Similar to what you experience when you are falling in love!

Dark chocolate has been shown to cause a spike in dopamine, which induces feelings of pleasure. However, one “study showed that a 130-pound person would have to eat 25 pounds of chocolate in one sitting to significantly alter the mood.” It might be the cultural association that makes chocolate an aphrodisiac and less a chemical reaction. Chocolate is seen as a reward, a treat, and something special. Not only the taste but also the aroma and texture of chocolate contributes to the “romantic” vibe of chocolate.

Watermelon contains the phytonutrient citrulline, which leads to an uptick in the amount of nitric oxide in your body. That spike causes blood vessels to relax and speeds up circulation.

The word “aphrodisiac” comes from the Greek goddess of love, Aphrodite. According to Greek mythology, she planted the first pomegranate tree. Because of their many seeds, pomegranates were often associated with fertility and abundance. Culturally, the pomegranate has appeared as a romantic symbol in sonnets and literature for centuries. More recently in 2011, a small study by Queen Margaret University in Edinburgh found that drinking pomegranate juice daily lowered cortisol levels, which can correspond with increased testosterone in both men and women.

A lot of other foods like honey, figs, and artichokes may not have a proven scientific impact on your mood, but there is a lot of mythology surrounding them that certainly adds to the story and can make for a more romantic evening! Honey, for instance, has been considered an aphrodisiac for centuries. Honey’s romantic reputation comes from an ancient Viking custom in which newly married couples drank mead, a fermented beverage made of honey, until the first moon of their new union. In fact, that’s where the term “honeymoon” comes from!

Photo by Maria Orlova from Pexels