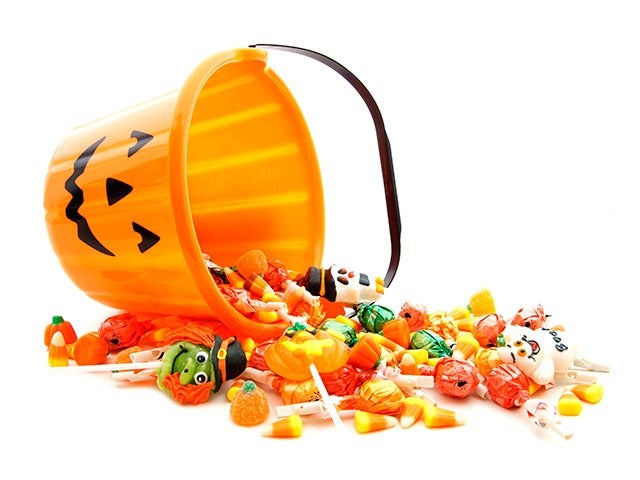 I’ll admit it. If there is a bowl of Halloween candy laying around the office I can’t control myself! That’s why I always leave the bags I buy for trick-or-treaters unopened until the first ghost, princess, or pirate shows up on my doorstep! It’s just too tempting to have all that candy lying around. By the end of the night, if I have extra candy, each trick-or-treater is getting a handful. Otherwise, I’m eating way more candy than I need to. In honor of Halloween, and the candy coma our kids are about to suffer from, here are a few fun facts about Halloween candy.

Candy Corn as Far as The Eye Can See

Invented in the 1880s by George Renninger of the Wonderlee Candy Company, this triangle-shaped candy is known to be one of the most polarizing candies sold. But it was Jelly Belly, originally known as the Goelitz Candy Company, that continued making it from 1900 through today.

It’s hard to believe but,  according to the National Confectioners Association, nearly 35 million pounds of candy corn are sold around Halloween. That’s about 9 billion individual kernels of corn, which is impressive considering it’s only on the shelves for a few weeks. Also, “Candy Corn” is the most searched-for candy term in Google, more popular than Snickers, Reese’s, Kit Kat and M&M’S. Roughly 52% of people say it’s just not Halloween without candy corn, but 48% say they’d just as soon forget about it.

Did You Know?
If BRACH’S laid out the Candy Corn kernels sold each end to end, they would wrap around the earth 4.25 times!

The average household spends $25.00 on Halloween candy each year, which equals 10% of annual candy sales and nearly $2.6 billion dollars! Most pick up their personal favorite to share with trick-or-treaters.

Some Candy is Worse Than Others

The least healthy Halloween candy is Candy Corn, according to Everyday Health. Just 15 pieces of candy corn equal 110 calories and 22 grams of sugar! The healthiest Halloween candy is Hershey’s Special Dark. You can eat 3 Jolly Ranchers and only consume 70 calories, no fat, and 11 grams of sugar. Some people try to pace their candy consumption and limit themselves to a few pieces a day, others pick out their favorites and leave the rest behind. But I think we can all agree that eating a whole bag full of candy in one sitting is a bad idea, no matter how “healthy” that candy is! For the record, a single trick-or-treater’s candy haul could translate to about 11,000 calories (a week’s worth).

GourmetGiftBaskets.com is a family-owned and operated small business, located in scenic Seacoast, New Hampshire. Known for our delicious gourmet gifts and, most notably, our Halloween candy gifts, Christmas, and Easter gift baskets.

© Featured Photo by jenifoto from GettyImages.com