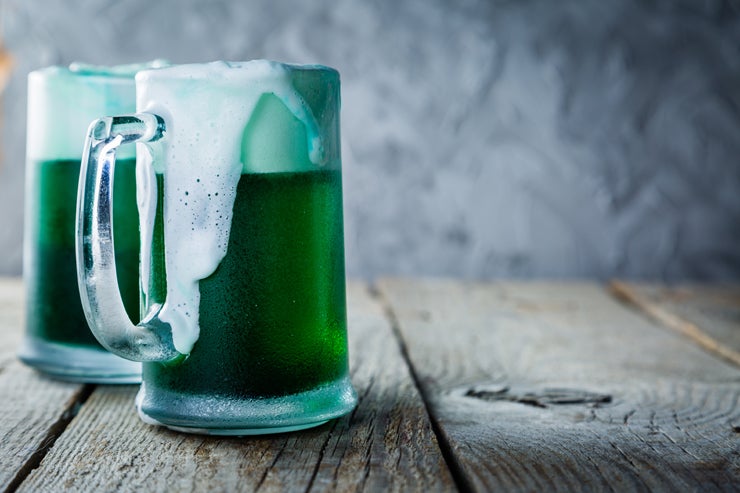 It’s that time of year again. Time to don your favorite green apparel and hit your local pub for some green beer or a pint of Guinness. But why do we celebrate St. Patrick’s Day? And what’s with all the green?

The history of St. Paddy’s day as an official holiday dates back to to 1900’s although it was celebrated as a national feast day in Ireland as early as the 10th century. St. Patrick, the most famous patron saint of Ireland, is regarded as the principal missionary in bringing Christianity to Ireland, where he used the leaves of the shamrock to teach the doctrine of the holy trinity.

Originally, the color associated with St. Patrick was blue, but to honor him, people would don a shamrock. Then, during a rebellion in 1798, Irish soldiers wore all green uniforms in hopes of drawing attention and support. This was known as ‘wearing of the green’. Eventually green overtook blue, and shamrocks and their green color became the norm for those celebrating the day.

St. Patrick’s Day has since spread to all corners of the world. It is widely popular in Canada, USA, Great Britain, Australia and New Zealand, and is even celebrated in Japan and South Korea.

While it is well known as a day for enjoying a pint green beer, many other traditional acts are practiced, including church going, parades, and the attendance of Ceilidh, traditional Gaelic festivals featuring Gaelic folk music and dancing.

The act of gift giving on St. Patrick’s Day has gained prominence in recent years, largely consisting of ‘themed’ presents. Things like green candy, chocolate shamrocks, Irish beer and spirits and other Irish themed gifts are all fun to give and receive. Check out our gourmet gift ideas in our St. Patrick’s Day section.

GourmetGiftBaskets.com wishes everyone a safe and happy St. Patrick’s Day, and we would like to close with a traditional Irish blessing, which you can share and recite with your family and friends this weekend, and for years to come.

May love and laughter light your days,
and warm your heart and home.
May good and faithful friends be yours,
wherever you may roam.
May peace and plenty bless your world
with joy that long endures.
May all life’s passing seasons
bring the best to you and yours!