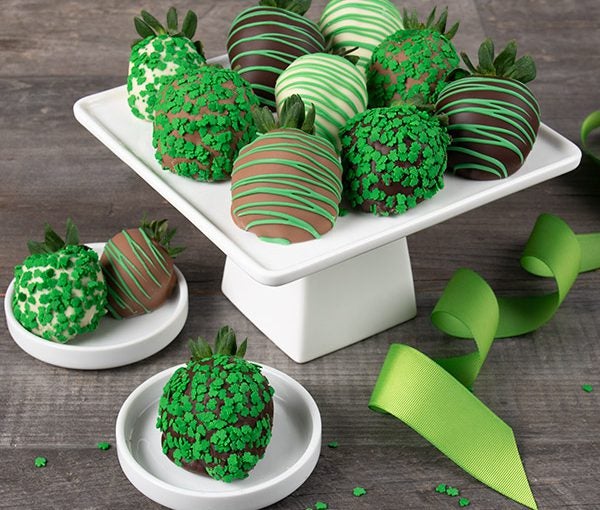 No matter what I decide to do on Saint Patrick’s Day, I know that eating traditional Irish food will be on my agenda. Since it falls on a Wednesday this year, why not have people over to celebrate instead of going out? You can still wear green, drink Irish beer, and eat traditional food – you just won’t have to fight the crowds. Here’s a rundown of 6 foods to serve on St. Patrick’s Day…

This is a popular quick bread called Irish Soda Bread that accompanies Irish meals. Made without yeast, it’s a fairly simple recipe to make at home. To make it ultra-traditional, don’t omit the raisins. They give this bread a natural sweetness that accompanies the heavier food in the rest of your meal. If you don’t feel like making it, local bakeries often stock up in the days leading up to St. Patty’s Day.

For the longest time, I didn’t understand what corned beef even was. I had it for the first time a few years ago and I’m hooked! It’s a yearly tradition now. During World War II, the Irish used “corns” of salt to preserve beef. It’s now a staple in Irish cuisine. In addition to being served with cabbage and other vegetables, it’s also sliced and added to sandwiches.

What’s a traditional Irish meal without potatoes? Rather than serve roasted potatoes with corned beef and cabbage, which I find makes the meal too heavy, I love to serve an Irish Potato Soup instead. I tend to follow recipes that incorporate both onions and leeks, which gives the soup a heartier flavor. If I’m feeling especially daring, I’ll garnish it with crumbled bacon right before serving.

Not everyone enjoys corned beef and cabbage so if I’m entertaining a large crowd, I’ll also make a pub-style shepherd’s pie. In my experience, it’s a real crowd pleaser! Simply layered ground beef and vegetables in a baking dish and top with prepared mashed potato. Bake at 350 Degrees Fahrenheit until the potato is browned.

Before I serve dessert, I love making Irish coffees. I make two versions of it. In one, I add Irish cream liqueur to hot coffee (to taste) and top with whipped cream. My favorite recipe, however, uses Irish whisky. If you don’t have a proper Irish coffee glass, don’t worry about it – a coffee mug works just as well. This cocktail was invented in 1943 at the Foyne Aiport in Shannon. When the owner of the Buena Vista Café in San Francisco tried it, he replicated the recipe and served it to his customers. So, it’s both an Irish and American tradition! 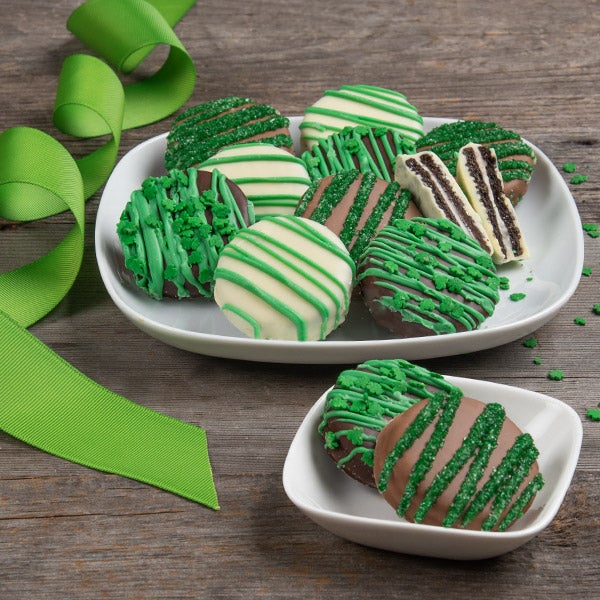 When deciding what to serve for dessert, it can be hard to choose. My rule is that I like to prepare (or buy) at least one really great dessert. If I’m having more than ten people over, however, I will offer more than one choice. I like to use green food coloring to turn my desserts green, if possible. If it isn’t possible, I make sure it at least involves Irish cream liqueur! Need a St. Patrick’s Day host or hostess gift? Chocolate-covered Oreos and strawberries make the perfect gift!