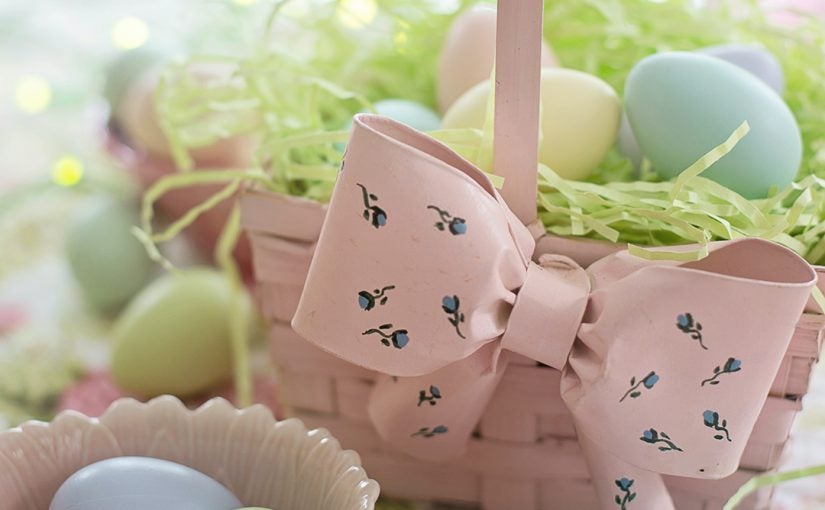 Have you ever wondered why we give Easter gift baskets? The holiday wouldn’t be the same without them! Parents have been giving their children baskets in the spring for centuries. How did they become linked to Easter?

In the Christian tradition, Easter is a celebration of Christ’s resurrection. It takes place in the spring, which is a time to celebrate renewal. Before they were associated with the Christian holiday, Easter baskets had their roots in paganism. Since Easter is celebrated around the same time as the Spring Equinox, Christians reinvented many old traditions.

Using baskets in the spring was associated with Eostre, the Germanic fertility goddess, who also blessed the harvest. As an offering, people would carry baskets of young seedlings as an offering to her. If the seedlings pleased her, she would ensure that the harvest was successful.

Eostre would carry a basket filled with eggs to encourage fertility. Since seedlings and eggs are associated with new life, the baskets came to symbolize new life. Later on, as more people embraced Christianity, they would hold on to their old customs. That’s the main reason why we still give baskets filled with goodies during this holiday.

The rabbit, or hare, was also associated with Eostre, the Germanic goddess. The Easter Bunny is responsible for secretly visiting children on the evening before Easter to give them their baskets. When German settlers moved to the United States, they brought the “Easter Hare” tradition, which the Americans later adopted.

Early Christian leaders felt that many of the old traditions needed to be reinvented. They felt that doing so would encourage more people to convert to Christianity. If they forbade the ancient traditions, they feared people would hold on to their old religion. So, many of the customs originally associated with the Spring Equinox would become part of Easter. Traditions such as dyed eggs, baskets, and even the Easter Bunny became part of Easter.

Fun Way to Give

Easter baskets are so fun to give as gifts; I can’t resist. Adults and children all love receiving them – even if the Easter Bunny doesn’t give them. I love to give custom baskets filled with all their favorite things to adults. I also like to sneak in some retro candy from their childhood. It’s also fun giving kids an Easter candy and toys basket and watch their eyes light up as they discover what’s in them. If you would like to do the same, you can make your own or purchase your Easter Gift Baskets.

© Featured photo by Jill Wellington from Pexels.
Save