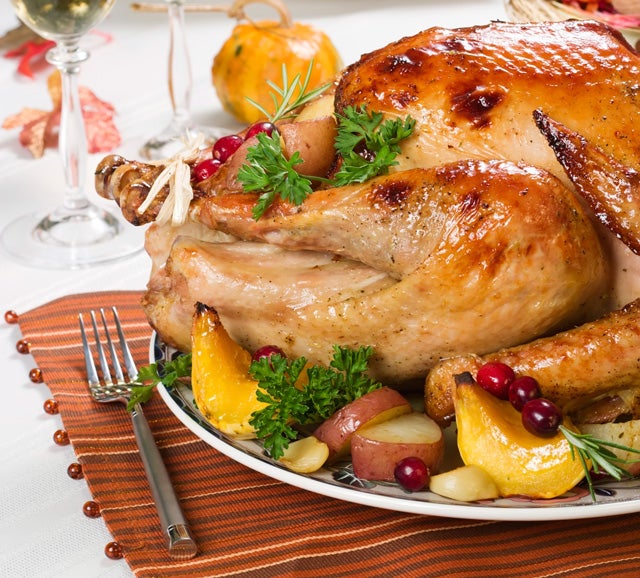 A common theme among all “Thanksgivings” around the world is “giving thanks.” Here’s how the United States, Canada, Ghana, and more give thanks!

Here in the United States, the most common Thanksgiving tradition is, of course, the turkey! Oven-baked turkey is a staple on the table, along with mashed potatoes and cranberry sauce. Families gather to give thanks for what and who they have in their lives over a large feast. Americans celebrate on the fourth Thursday in November.

It’s believed the first Canadian Thanksgiving was held in 1578; that’s 40 years older than the United States Thanksgiving! Those American colonists who were loyal to the British Crown during the Revolutionary War moved to Canada. When they moved, they brought the classic American Thanksgiving tradition of eating turkey with them. Canadians celebrate this holiday on the second Monday in October.

Homowo is a festival that celebrates the harvest. Before the festival, there is a month-long ban on noise. They believe too much noise stunts the growth of the crops. Homowo translates to “hoot at hunger.” This festival began during pre-colonial times in Ghana after there was a famine. The famine was a result of no rain and a poor harvest. Families often spend time settling disputes and mending lost ties for part of the festival. Kpokpoi is usually served with Palm Nut Soup. Then traditionally, it is spread throughout the town.

Norfolk Island used to be a British penal colony. The island is located off the eastern coast of Australia and is known for its pine trees. Today, beautiful Norfolk Island is home to about 2,000 people and is a quaint tourist destination. Isaac Robinson, an American trader, held a traditional American Thanksgiving at a local church on the island in the mid-1890s. Robinson passed that year, but the tradition continued at the All Saints Church, where it began, every year following. Instead of turkey, the islanders enjoy pork, chicken, and bananas but eat pumpkin pie! Islanders celebrate on the last Wednesday in November.

The churches dominate Erntedankfest. The first Sunday in October is considered Germany’s Thanksgiving. They give thanks for the year’s harvest and a great growing season. Erntedankfest translates to “thanks for the harvest festival.” People fill woven baskets with flowers, fruits, and vegetables to church for a blessing. Once blessed, the people distribute them to the poor. Erntedankfest is a day centered on religion and community. Enjoy Rouladen at the table with Mohnstriezel. Mohnstriezel is a sweet poppy seed loaf.

In 1898, Puerto Rico became a territory of the United States after the US defeated Spain in the Spanish-American War. Puerto Ricans since have excitedly adopted the American Thanksgiving traditions. Like Americans, they celebrate what is arguably the best day of November, Black Friday! They continue to celebrate on the fourth Thursday of November.

If you want to start a new tradition this Thanksgiving for your family, consider adding fresh Thanksgiving food to the table. Remember to give thanks and appreciate the people in your life. There is always something to be thankful for. What better day to share our thanks than on Thanksgiving. Happy feasting!

Aly Veo is our fall 2019 University of New Hampshire marketing intern. When she’s not studying or working hard here at GourmetGiftBaskets.com she enjoys running, time spent with family, and is the president of her sorority.

© Featured Photo by evgenyb from iStockPhoto