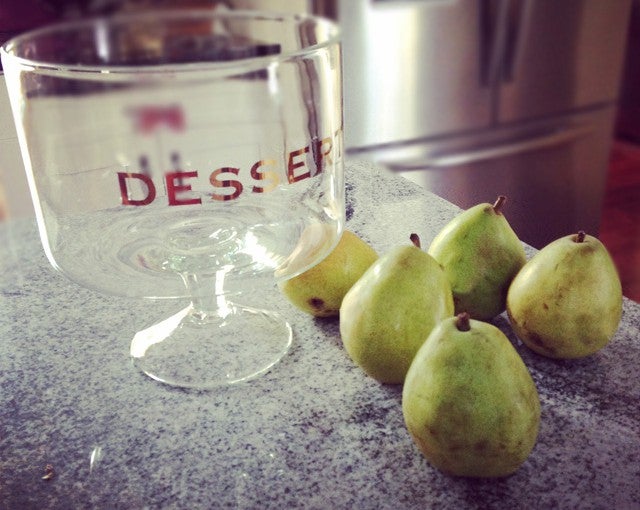 Every year, I have a tradition around the holidays – all of my family and my fiance’s family gather together at our house for a wonderful meal. Sometimes it’s closer to Thanksgiving and sometimes closer to Christmas, but this year it’s THIS weekend. You luck out though – I’m going to be sharing a bunch of the recipes that I’m making so you can plan ahead for your Thanksgiving or holiday meal.

If you’ve never hosted a big family holiday dinner, you just have no idea the number of details to square away ahead of time not to mention on the big day itself. The first year of my holiday tradition, I did not plan properly and had to spend the day of the meal slaving away in the kitchen and barely able to enjoy the company of those I love. Now into year four, I’ve smartened up.

Each year I try to make as many recipes as I can ahead of time so that I can be in the moment and enjoy hosting. My fiancé might disagree and say that I’m still stressed that day, but I know he would at least agree I’ve improved since that first year.

I’m such a foodie and part of my enjoyment of cooking is making sure everyone else is enjoying themselves and my food. Making dishes ahead of time might seem like you’re cheating or that the food won’t come out fresh and delicious but I can assure you that sometimes, dishes will taste even better after the flavors have been allowed to meld.

Cheesecake (order one of our delicious cheesecake gifts if you need to save time) is always one of those cases, plus you take some of the stress off yourself on the day of the meal – you can make this a day or two ahead and you just take it out of the fridge when you’re ready.

This trifle uses seasonal pears and we carry the freshest ones delivered to us daily right from the orchard in our fruit gift baskets. I’m sure this would also be delicious with apples. Hope this eases some of your holiday dessert stress! Directions:
1. Melt the butter in a large skillet. Add the diced pears, cover, and cook over moderate heat, stirring occasionally, until the pears are just softening about 8 minutes. Add ½ cup of caramel sauce, cover, and cook over moderately low heat, stirring occasionally, for an additional 5 minutes. Scrape the pears into a plate or bowl and refrigerate until cool. 2. Place 2 tablespoons of water in a small bowl, and sprinkle the gelatin on top. Let sit until softened, about 5 minutes. Then, microwave for 5 seconds, until the gelatin is just melted. Transfer the gelatin mixture to the bowl of an electric mixer and add in the softened cream cheese and the remaining ½ cup of caramel sauce. Beat at medium-high speed until smooth, about 2 minutes.

3. In another bowl, whip 1 ½ cups of the heavy cream with 1 teaspoon of the cinnamon, 1 teaspoon of the vanilla bean paste, and a splash of vanilla extract until firm peaks form. Fold the whipped cream into the cream cheese mixture.

5. When you’re ready to serve, beat the remaining 1 ½ cups of heavy cream with 1 teaspoon of the cinnamon, 1 teaspoon of the vanilla bean paste, and a splash of vanilla extract in the bowl of an electric mixer until soft peaks form. Dollop the cream on top of the trifle and garnish with crushed gingersnaps.

1. In a large saucepan, add the sugar then pour the water all around it. Add the seeds you scraped from the vanilla bean, the vanilla bean pod itself, vanilla bean paste, and vanilla extract, and cook over moderately high heat, stirring, until the sugar is dissolved. If you see any crystals forming on the side of the pan, use a wet pastry brush to wash the sides. Do not stir, and cook until deep-amber colored caramel forms, about 5 minutes. Gently swirl the pan for even coloring.

2. Remove the pan from the heat and add the cream – this will bubble up quite a bit so be careful! When the bubbling stops, bring to a boil and cook over moderate heat, until everything is dissolved and smooth; don’t worry if the caramel initially appears hard. Discard the vanilla bean pod, stir in the fleur de sel and let cool.

© 2021 – Photos and featured image by GourmetGiftbaskets.com