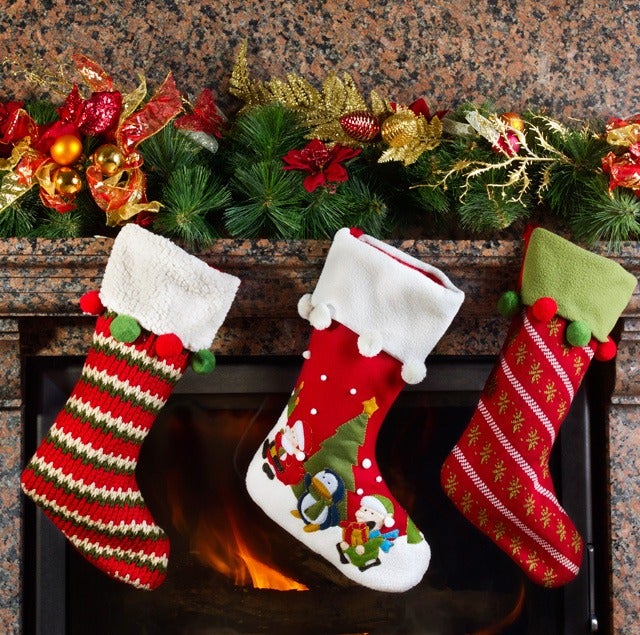 Louisiana
In southern Louisiana massive bonfires are burned every Christmas Eve to light up the Mississippi river so that Papa Noel (the south Louisiana Santa Claus) can find their houses. After all, it’s kind of hard to land a sleigh in the bayou. Some say this Christmas Eve tradition originates from German and French immigrants who settled on the bayou 200 years ago, who illuminated the levee with large bonfires as a guide to Christmas Eve mass. In some children’s stories, this unique version of Santa travels in a pirogue (a Cajun marsh boat) pulled by alligators.

Austria
The Feast of St. Nicholas (aka St. Nick aka Santa Clause) is celebrated in many parts of Europe on December 6th. Krampus Night or Krampusnacht, is the night before. Krampus is a demon from the Alpine countries (Austria, Romania, Bavaria, etc.) thought to punish misbehaving children during the Christmas season. Legend tells that he captures particularly naughty children and drags them off into the Black Forest (where many Grimm’s Fairy Tales come from). Basically he is Santa Clause’s evil, hairy, demonic twin!

Czech Republic
On December 4th, women in the Czech Republic place a cherry twig under water. If it blooms before Christmas Eve it means she will get married in the next year. On Christmas Day, an unmarried woman is also supposed to throw a shoe over her shoulder (starting with her back to the door) and if it points to the door when it lands she will soon be wed.

Norway
It is believed in Norway that on Christmas Eve witches roam the skies along with other mischievous spirits. Since a witch’s prime mode of transportation is a broom, families will hide their mops and brooms to stop the witches from stealing them. Its also a Christmas Eve tradition to leave a bowl of porridge in the barn for the gnome who protects the farm. You’ve got to love those Scandinavian legends!

Spain
You’re familiar with the typical Nativity scene, right? A few shepherds, some Wise Men, a baby Jesus obviously–well how about a guy going #2 in the corner? “El Caganer, literally meaning “the crapper,” is a peasant wearing a traditional Catalan red cap with his trousers down. While he’s normally tucked far, far away from the manger, he’s a popular part of any modern Catalonian nativity scene.

Ukraine
A Ukrainian folk tale says that a poor widowed mother could not afford decorations for her familys Christmas tree, but on Christmas morning she awoke to find a spider had beautifully decorated the tree with its web. So now an artificial spider and web are hidden in the Christmas tree among the standard ornaments, and good luck is bestowed on the child who finds it.