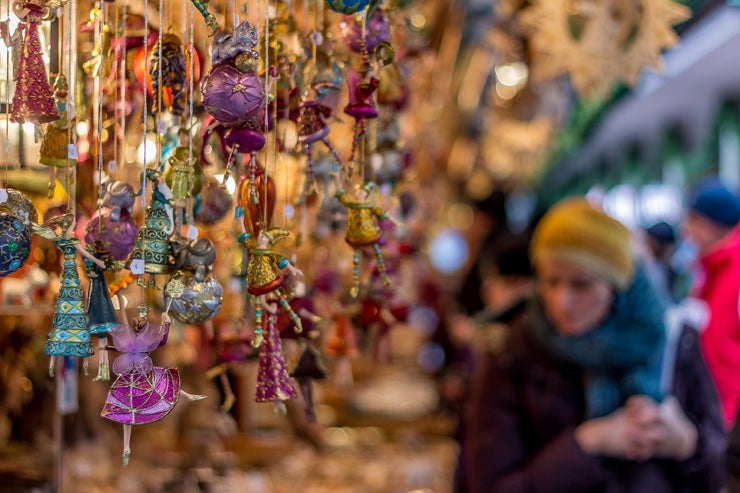 Each year, people from all over the world celebrate Christmas, which means that there are plenty of traditions just waiting to be adopted! Here’s a roundup of some of the most festive ones.

When the weather gets cold, most Europeans don’t let that stop them from going out! Visiting Christmas markets is a popular European Christmas tradition, particularly in countries like Germany, Austria, France, Italy, and England. Most major cities, such as Paris, Munich, and London, have their own version of these markets. Mostly, it’s a chance for people to get together, shop, and drink mulled wine, the signature beverage of the season. You can find celebrations that resemble this throughout the United States, but you just need to know where to look. Here’s a list of some of the most well-known.

Eat Christmas Desserts from Other Countries

Do you love eating special Christmas desserts? This year, instead of sticking with one of your old favorites, consider eating treats from other countries! These desserts from throughout the world, such as Europe and Latin America, are definitely worth sampling at least once. The United States is a melting pot. You can find many of these desserts in stores near you. For example, Panettone, a type of cake-like bread from Italy, can be found in stores throughout the United States.

Honor Your Ancestors on Christmas Day

Every year on the morning of Christmas Day, families throughout Portugal celebrate a breakfast feast known as cansado, which gives people a chance to honor their deceased family members. During breakfast, extra plates are set for all the loved ones that have passed on. While you don’t need to go this far, it can be a nice tradition to find a way to honor your ancestors with a moment of silence, by telling stories of the deceased, and in general, taking a moment to remember how much they meant to you.

Explore Other Versions of “Santa Claus”

Here in the United States, Santa Claus is represented as a jolly, round man who brings joy and Christmas gifts to all those who come in contact with him. Other countries, however, have a version of “Santa Claus” that paints an entirely different picture. For instance, in Iceland, Santa is replaced by “The Yule Lads”. A group of rowdy boys roam from house to house to steal your belongings, pull pranks, or even leave small presents depending on their moods. Even if you don’t encourage your kids to believe in these alternatives, it can be fun to learn about the different traditions.

Christmas is celebrated throughout the world, and each culture has its own traditions. Instead of just reading about them, adopt some of these traditions as your own!

© Featured Photo by nstiuvou from iStockPhoto