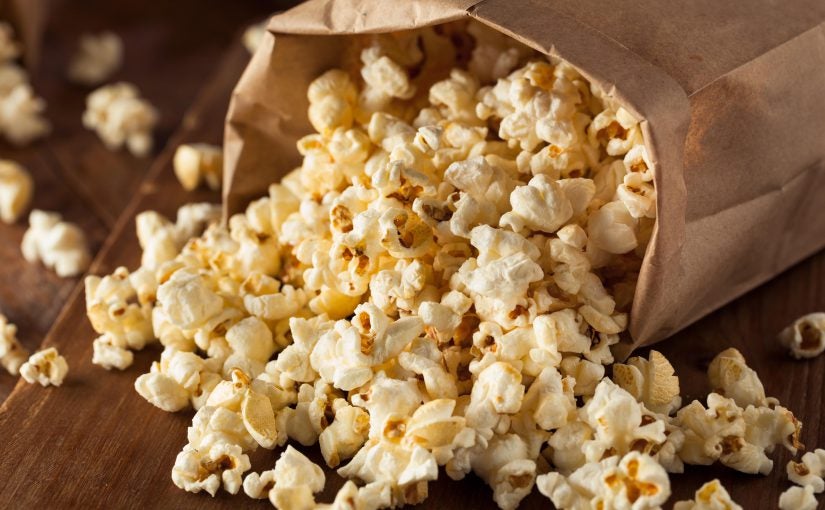 Ahhhh popcorn. This delicious snack food pretty much speaks for itself, but here are 10 popcorn facts you may not know about Zea Mays Everta, aka popcorn.

It’s Healthy for You!

As a low-calorie snack, popcorn only contains 31 calories per serving and that’s for a whole cup of popcorn. Compare this to the same serving size of potato chips, which contain 139 calories. Not to mention…you’ll be saving yourself fingers full of grease. Let me add a disclaimer here that eating popcorn with seven pumps of movie theater butter does NOT qualify – you’ve got to stick with it Au Natural.

Gluten intolerant folks can rejoice knowing that popcorn is completely free of all major allergens, including gluten, soy, dairy, egg, and nuts! Freshly-popped kernels, either air-popped or stove-popped with just a hint of salt, fit the bill here. Our very own popcorn brand offers several flavors that are allergen-free, including Sea Salt & Cracked Pepper & Cinnamon & Brown Sugar.

Did Someone Say Whole Grains?

Popcorn is 100% whole grain and contains fiber and antioxidants. New studies show popcorn may actually contain more antioxidants than a day worth of fruits and vegetables.

Unpopped popcorn kernels (You know, the ones left in the bottom of the bowl…) are referred to as old maids. This is usually only 2% of your total kernels used if you’re using quality stuff.

Each tiny kernel contains just a small amount of water, and when that reaches a certain temperature (certain = 347 degrees), the water turns to steam, and the kernel POPS!

There are approximately 1,600 kernels in a single cup of unpopped popcorn.

Nebraska produces the most popcorn out of all the states.

70% of popcorn consumption is done at home. Enter, popcorn tins. This might have something to do with the fact that for every $1 spent on popcorn at the movie theater, 90 cents is profit!

And while we’re on the topic of America’s favorite movie time snack here are some newly released movies on Netflix that you’ll want to incorporate into your weekend plans:

© Featured Photo by bhofack2 from iStockPhoto