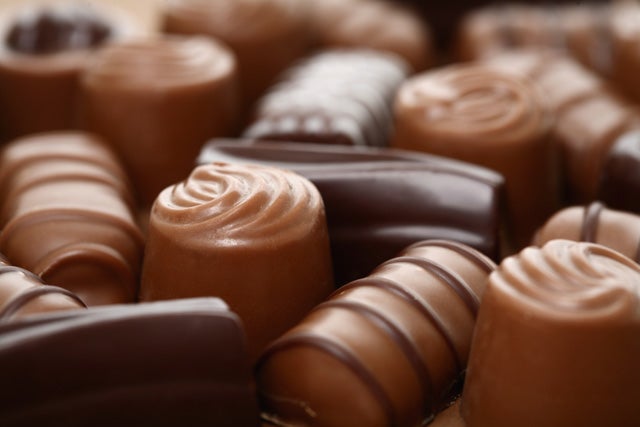 I know a lot of people that claim to be addicted to chocolate, but is “chocoholism” a real thing? Well chocolate, which contains both sugar and fat (both things our bodies have evolved to crave), is often used in studies of food addiction. In a study published in the Archives of General Psychiatry, researchers at Yale University asked volunteers to fill out questionnaires to assess their addictive behaviors. The volunteers had their brains imaged while being able to see and smell (but not taste) a chocolate milkshake, and then again while they were allowed to drink it. Participants who scored higher on the food addiction scale (the “chocoholics”) experienced a surge of activity in the part of the brain that regulates cravings and rewards when presented with the chocolate milkshake, even before they actually drank it; their brain anticipated the “good” that was about to happen. Once they started drinking the milkshake, they showed markedly less activity in areas of the brain that control our impulses to seek rewards; their brain wanted them to keep chasing the “good.” A similar pattern of brain activity has been found in people addicted to drugs.

In another study, this one involving candy, researchers at Drexel University concluded that people experienced psychological reactions while eating chocolate, such as intense pleasure and craving for more, that were similar to reactions caused by some drugs.

Researchers at the University of Michigan discovered that chocolate activate the neurotransmitters in our brains that that actually drive drug addiction or binge eating. Alexandra DiFeliceantonio and her team of scientists found that a drug boost straight to the neostriatum brain region made rats eat more than twice the amount of M&Ms than they would normally consume. Researchers also found that a natural drug-like chemical produced in the neostriatu, called enkephalin, surged whilst the rats nibbled on the M&Ms.

While chocolate does contain potentially mood-altering substances, these are all found in higher concentrations in other foods such as broccoli. Granted, most people would much rather have chocolate than broccoli and this is likely due to a combination of chocolate’s sensory characteristics, such as the sweetness, texture and aroma, along with the pleasure chemicals that our brains release when we eat foods high in sugar and fat. Those pleasure chemicals, phenylethylamine, theobromine, anandamide and tryptophan trigger mood enhancing chemicals and neurotransmitters to be released in our brain. It’s those pleasure chemicals we become addicted to, because they make us feel good, not the chocolate itself. It’s the same reason we crave sugary foods (and salty) in general. Our bodies have trained our brains to seek chocolate out!

So can you really become a chocoholic? Well researchers believe chocolate’s sensory qualities (taste, smell and texture), pleasure-inducing chemicals, cultural values (chocolate is a treat, reward, or sign of romance) and hormonal influences all play a role in your chocolate cravings. When all those factors are working against you it’s easy to see why you can have a whole handful of Hershey Kisses and still want more! The next time you are facing a serious chocolate craving, go for a smaller piece of something more gourmet, like a chocolate truffle. If you can enjoy that one piece longer you give your brain time recognize what you just enjoyed.