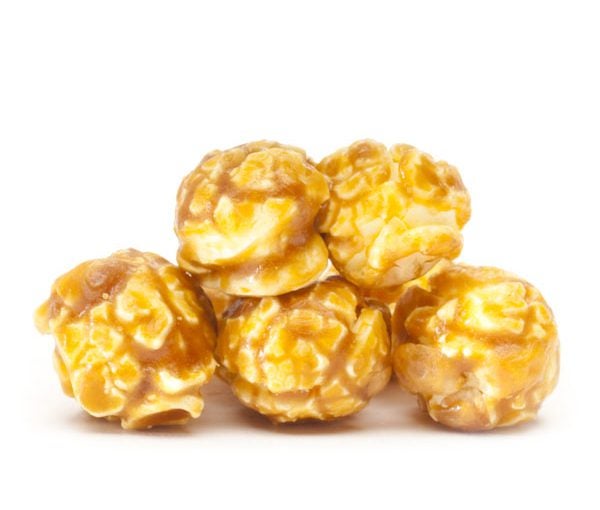 Caramel popcorn, or caramel corn as it is commonly known, is a confectionery treat enjoyed by millions every year. Caramel corn is popcorn coated with a sweet, caramel candy coating, giving the snack its signature crunch. Americans have a love affair with this sweet and crunchy corn treat found in gourmet popcorn stores, on grocery market shelves, or made at home! So how exactly did America get hooked on caramel popcorn? We can trace caramel corn’s history back to the 1800s. Read on, caramel corn — a brief history.

While caramel corn surfaced in the late 1800s, sweetened popcorn had been around for years prior. Kettle corn, which is popcorn cooked in oil with both sugar and salt, was referenced in historical accounts by the Dutch who settled in Pennsylvania in the late 1700s. Kettle corn was made for special occasions, holidays, and fairs. While the sweet and salty kettle corn was a popular treat for a large part of the 19th century, it wasn’t until the 1870s that caramel corn was introduced.

Two German brothers, Frederick and Louis Rueckheim, immigrated to the United States and settled in Chicago. They opened a popcorn store in the 1870s and began experimenting with different flavors and toppings. They introduced a new concoction, a mix of popcorn, peanuts, and molasses that quickly became a hit.

A Star is Born

After someone who sampled the product exclaimed, “That’s a crackerjack!” (which at the time meant “of great quality”), the name stuck, and in 1896 the Rueckheim brothers registered Cracker Jack® and began mass-producing the snack. The success and popularity of the molasses-coated Cracker Jack® led others to experiment with different syrups and coatings to put on popcorn. Therefore, the caramel popcorn craze took off.

Similarly, modern-day caramel corn is created by mixing a sugar solution (or sometimes molasses) and heating until the sugar caramelizes. It turns to a golden-brown or brown color, perfect for drizzling over popcorn. Caramel corn can be sold as a standalone product. However, some varieties mix-in nuts, including peanuts, almonds, pecans, and cashews.

Caramel corn is one of the best-selling popcorn flavors. Popcorn makes a great gift for the holidays and is often sold in collectible tins. The most popular popcorn tins (sometimes referred to as the “traditional” popcorn tin) contain caramel corn, butter popcorn, and cheddar cheese-flavored popcorn. Caramel popcorn is a great treat and an alternative to candies and pastries for those looking for a yummy snack!