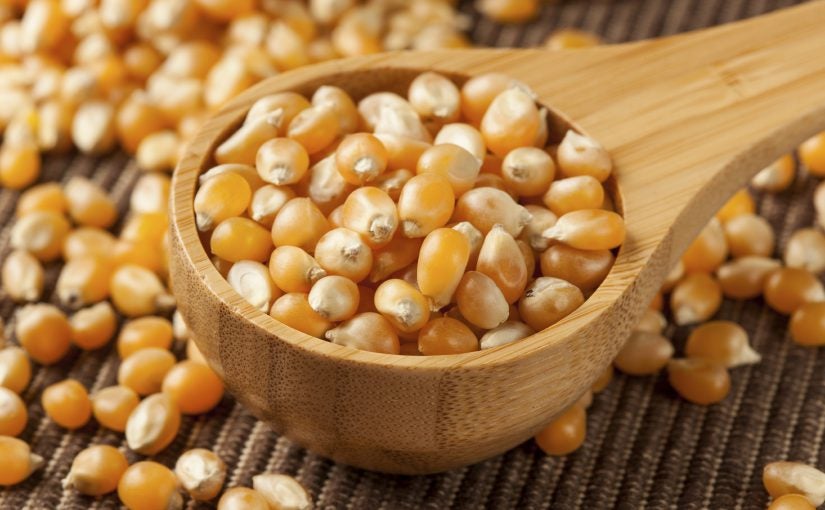 Have you ever wondered where popcorn comes from? When I was a kid, I used to think that I could dry out the corn kernels from my summertime corn-on-the-cob and use them to make popcorn. When I finally got the guts to dry out the kernels and pop them, they burned and got stuck to the bottom of the pan.

As it turns out, the corn that we typically eat is different than the kernels that become popcorn. Only one variety of maize will make it – Zea mays everta. Though it looks like a typical corn kernel, this particular variety is the only one that can pop and turn into a delicious snack.

Archaeologists have discovered that people have known about popcorn for thousands of years. In Mexico, for example, they’ve found remnants of popcorn that date to around 3600 BC! Many historians even believe that popcorn is the first corn that humans knew about.

Even though common folklore indicates that the Native Americans showed the settlers how to make popcorn, there’s no evidence to substantiate that. One thing is sure, though – it became a popular treat during the Great Depression because it was so inexpensive. People all over the world have been eating it regularly ever since.

There are several popular varieties of maize that are grown in the United States. However, only one of them, the Zae mays everta variety, will pop. Though this may seem limited, there are about one hundred different strains of this corn, and each of them varies according to flavor, texture, and how they pop.

For example, one popcorn strain pops up into a snowflake pattern, and another looks like a mushroom. Caramel popcorn manufacturers usually use mushroom-style popcorn because it’s denser and maintains its texture during the process. Snowflake-style is most popular for snacking.

The United States is the world’s biggest producer of popcorn. It typically grows in Kentucky, Indiana, Iowa, Illinois, and Nebraska. One acre of land uses almost 30,000 seeds. Once the plant is fully mature, the corn is picked and fed through a combine, removing the cob’s kernels. These kernels are dried in a special container, optimizing the moisture level for popping. The kernel needs to maintain around a 14% moisture level to pop. This particular variety of maize quickly turns into pops into is familiar shape because of this moisture level.

Once the kernels have dried, they’re ready to pop! To do so, they need around 400 – 600 Degrees Fahrenheit. There are a few methods, including air popping and microwaving. When the kernel is heated, the moisture inside the kernel turns to steam, which creates enough pressure for the starch to burst. The pressure is so intense that the kernel turns inside out. After that, all that’s left is for you to season and enjoy!