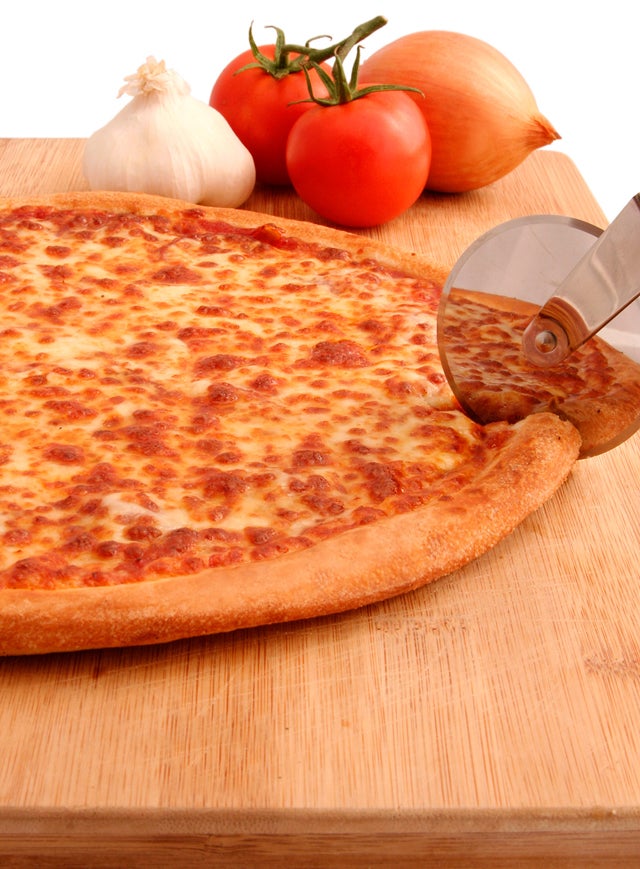 Hold the anchovies! Tomorrow is National Cheese Pizza Day and to celebrate, we thought we’d serve you a hot slice of history. Initially, beloved pizza was just really flat bread topped with oils and sometimes fish, but if you fast-forward a few hundred years, the pizza we know and love today began to take form.


That’s because getting tomatoes to Europe took some time. Originally native to South America, tomatoes made their way to Spain sometime between 1493 and 1521 by way of either Hernán Cortés or Christopher Columbus. After a few decades in Spain, the humble tomato popped up in Italy. Due to the warm climate and the plant’s ability to mutate, tomatoes spread throughout Italy, but no one really ate them. They were considered ornamental and there was a widely believed myth that they were extremely poisonous, so no one ate it. No one, that is, except for the people who couldn’t afford anything else.

During a particularly bad year in the 18th century, it’s fabled that the poor people of Naples got desperate and began to eat the “deadly” tomato. Eventually, it was put on pizza – or what was then pizza. In 16th century Naples, a Galette flatbread was referred to as a pizza and it was generally a dish consumed by those of limited means. But after topping it with tomatoes, pizza became a big hit. People enjoyed it so much that street vendors began to sell it, and after a few years, the aristocracy loved it too, which led to the opening of pizza shops.

In 1889, the most famous pizza of all time was born: the Margherita. Margherita was actually a person, a queen in fact, who went to visit the most famous pizzeria of all time, Brandi, of Naples. In honor of the Queen’s visit, the chef made a pizza to represent the new Italian flag using basil for the green, tomato sauce for the red, and mozzarella for the white. As you can imagine, the Queen really liked this combo, which is why it’s probably the most popular pizza of all time.

Want to send a slice of history someone’s way? Check out our pizza gift baskets!

Katie Straw is the Gourmet Scribe at GourmetGiftBaskets.com, one of the top suppliers of gift baskets in the nation, and currently resides in Manchester, New Hampshire.