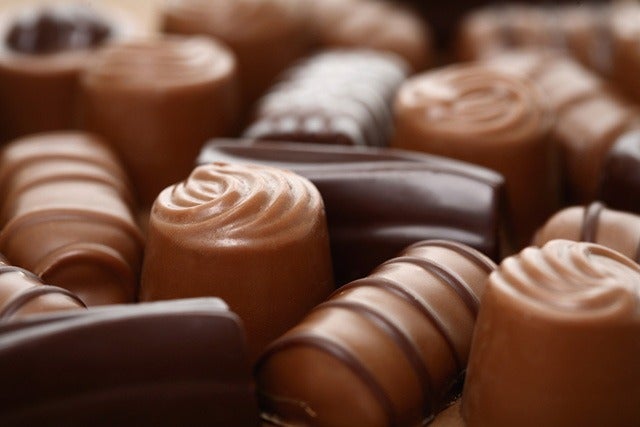 As you’d expect on a day as special as National Chocolate Day, we’ve been celebrating accordingly. Wrappers discarded from gourmet truffles litter desks in our office and lunchtime was brought to a close with a slice of our chocolate cheesecake sampler. But we wanted to have our chocolate and learn about it too. So we did a little research and thought you might find these fun facts delicious (but maybe in a different way) too:

1. The word chocolate comes from xocolatl, an Aztec word that means “bitter water.”

2. Dark chocolate contains antioxidants that help the cardiovascular system by reducing blood pressure and helps widen the arteries, preventing the buildup of plaque.

3. On every American and Russian space voyage, chocolate bars have been present.

5. Need a little extra energy? A single chocolate chip will give you enough to walk 150 feet.

6. If you’re planning a movie night for Halloween, don’t be scared by the blood in Alfred Hitchock’s Psycho. It’s really just chocolate syrup in that shower.

7. Hershey’s famous Kisses were given their name due to the little sounds made by the machine that drops them onto the conveyor belt.

8. German chocolate cake isn’t from abroad. It was named after its creator, Sam German, who was an American.

9. If you feel better after eating chocolate, you’re not alone! The scent of it increases theta brain waves, which make you relaxed.