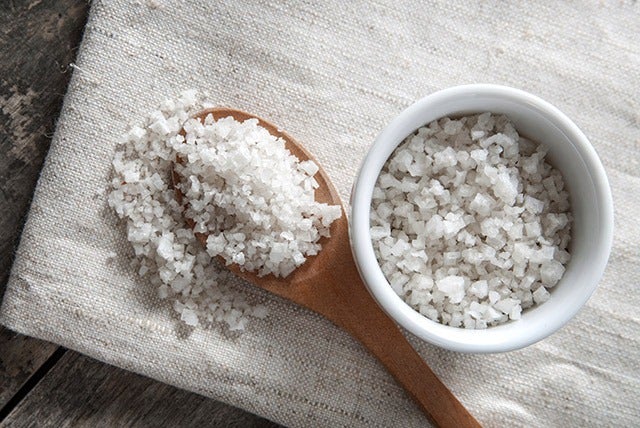 There it sits on your kitchen table, waiting for your next mealtime meeting. And though you probably give it no thought as you sprinkle it onto your plate, salt is fascinating.


Why do we eat it? Other than the fact that it’s completely delicious, our bodies actually need it. Salt is essential. It regulates our blood pressure and helps stabilize irregular heartbeats. But modern-day nutritionists aren’t the first to find salt useful. Thousands of years before the wheel was even a thought, salt was being harvested. The earliest town built upon salt production was discovered in present day Bulgaria, dating back to around 6050 BCE.

Salt’s appeal wasn’t confined to the borders of any rule. Nearly every major ancient civilization saw salt as a commodity. The Egyptians used it as a religious offering, often burying jars of it in tombs or displaying fish that had been preserved by coating the scales in salt. Eventually, the Romans controlled salt’s distribution. During times of war, the Romans would increase the price of salt to raise money for battles and it was so desirable that soldiers were often compensated with the compound. The word salt shares the same root as salary, which is derived from salarium, meaning to be paid in salt.

However, salt’s roots run deeper than Latin. As with other religions, such as that of the Egyptians, Christianity was quick to adopt salt, using it as a symbol of purity and loyalty, though, when spilt, it was symbolic of the opposite. Ever wonder why you toss the salt over your shoulder after you spill it? It’s superstitious, for sure, but is done to ward off evil after you’ve had a bad omen (knocking the shaker over). Da Vinci knew all about it. In his famous fresco, The Last Supper, there’s a jar of salt spilt on the table. It’s placed directly before Judas (of course), symbolizing his betrayal. Christianity’s view of salt is furthered in the Bible itself. In the Old Testament, the author states that newborn babies were often rubbed with salt in the hope that they would be raised to have integrity and always remain faithful.

All over Europe, cities sprang up where salt could be harvested. Salzburg and Salzach, for instance, both have the German word for salt, salz, in their names, and it’s no wonder why. Each town became very wealthy due to the salt found in the area. Hallstatt, a village in Austria’s Salzkammergut region, gets its name from the Celtic culture that grew extremely rich from 800-400 BCE by trading salted meats to Ancient Greece and Rome in exchange for luxuries like wine.

But salt’s history isn’t completely ancient. In more modern times, salt has been a determining factor in the losses and victories of several wars. In India, France, China, and parts of Africa, for instance, salt taxes alone have been the cause of wars and protests. During the Revolutionary War, the British used Loyalists to intercept salt shipments so that the Revolutionists wouldn’t be able to preserve their food. As some of the Revolution’s main conflicts resurfaced, the War of 1812 was born, and the government so poor that they couldn’t compensate their soldiers with money. So like soldiers of the past, they used salt. Forty-six years later, the American Civil War began and the Union tried to deprive the Confederacy of salt, intentionally seeking out to destroy the salt works of the South.

So the next time you’re making a dish a little extra savory, don’t just sprinkle away. Salt deserves a little more credit. It’s completely changed the world and it’s about to change you plate.

Katie Straw is the Gourmet Scribe at GourmetGiftBaskets.com, one of the top suppliers of gift baskets in the nation, and currently resides in Manchester, New Hampshire.