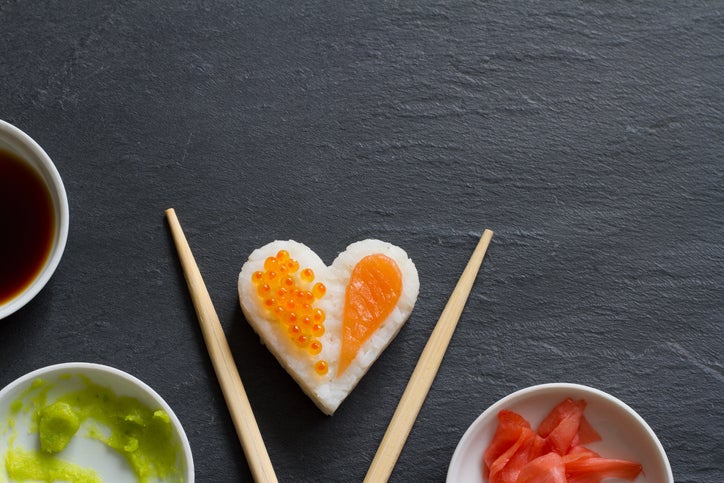 Today in the United States, about 190 million Valentine’s Day cards are sent each year. Although it has become an increasingly commercialized holiday, its origins are based on love. St. Valentine’s Day began as a religious celebration of the Christian Saint Valentinus, who supposedly performed weddings for soldiers who were forbidden to marry.

Valentine’s Day became a day for romance in the High Middle Ages (the age of Geoffrey Chaucer), when the tradition of courtly love flourished, giving nobles a way to express their admiration or love for a lady they were not married to. In 18th-century England, Valentine’s Day evolved into an occasion in which lovers (although they may have not have been romantically involved) gave each other flowers, sweets and cards. Saint Valentine’s keys were also given as an invitation to unlock the giver’s heart.

In Japan, Valentine’s Day is actually all about treating and spoiling the man! Much like here in the U.S., chocolates are the cornerstone of a Valentine’s Day gift. But in Japan, there are two types of chocolates, “Giri-choco” (obligation chocolate), and “Honmei-choco”. Giri-choco is meant to be a gift for a woman’s female friends, colleagues, bosses, and close male friends. “Giri” means obligation, so Giri-choco is chocolate for those a Japanese woman cares about but are not romantically involved with. On the other hand, Honmei-choco is chocolate meant for boyfriends and husbands. Many Japanese women make homemade Honmei-choco, as it’s not “true love” if they just buy ready-made chocolate.

One month after Valentine’s Day (March 14th), Japan celebrates White Day. On White Day men are supposed to give return gifts (usually white chocolate, flowers, etc.) to the women who gave them chocolates on Valentine’s Day.

In addition to the standard chocolates and flowers, in Germany, it’s also customary to give your love a pig on Valentine’s Day! The pig represents luck and lust and can be given as a picture of a pig, as a miniature statue, in chocolate, or whatever other forms the giver can find. Germans also prepare big ginger cookies in heart shapes for Valentine’s Day.

On Valentine’s Day the renowned Italian chocolate maker, Perugina, makes a special edition of their Baci chocolate candies (baci means “kiss” in Italian) with a shiny red wrapper and a sweet red cherry and liquid center, rather than the traditional hazelnut filling. Inside the foil wrapper, there is a “love note” with a romantic phrase. Verona, the Italian city of doomed lovers Romeo and Juliet celebrates Valentine’s Day with a four-day celebration of events designated “Verona in Love.” In the center of Piazza Dei Signori, a giant red heart is painted on the street and illuminated heart-shaped lanterns are hung throughout the city center. There is even a contest for the most beautiful love letter written to Juliet!

In France, Valentine’s Day cards are called cartes d’amities (love cards). History says that the Duke of Orleans, Charles, wrote the first Valentine’s card because he signed his poem as “Your Valentine”. He was held prisoner in the Tower of London after his capture at the Battle of Agincourt in 1415 and sent poems & love letters to his wife in France while he was imprisoned. France also had a (now banned) custom called une loterie de amour (drawing for love), where single men and women gathered together to pair off. However, if the man ended up not liking his Valentine he could desert her in the middle of the day. At night, the deserted women would make a bonfire together to burn pictures of and curse the men who had scorned them.

What Valentine’s Day gifts or traditions do you share with your sweetheart?